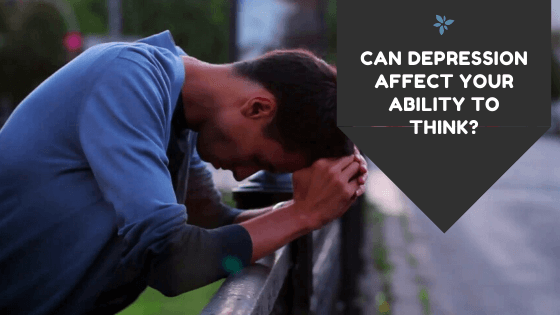 You might think that depression is just about being sad. You may not feel like doing the things that used to bring joy. You may not have much energy either. But if you frequently feel confused and distracted, don’t dismiss these symptoms. They’re a sign of major depressive disorder (MDD).

The link between MDD and cognitive processing

What causes cognitive problems in depression?

MDD is different than situational depression because it lasts longer. Many people with MDD have depression that lasts for extended periods. Having multiple episodes of prolonged depression is typical. These prolonged states of depression change parts of the brain and how they function.

Areas of the brain control how we respond to situations around us. Research suggests there’s a connection between damage to certain regions of the brain and an inability to cope with tasks. The same brain changes made people more likely to ruminate over things they’ve said or done.

Do you find yourself forgetting the names of people you just met? Maybe you’re frequently missing the due dates for bills. Or you’re forgetting where you placed your glasses or keys. This is another common symptom of MDD.

A study in Behavioural Brain Health suggests that self-reported depression has a negative impact on memory. The study had participants fill out questionnaires that determined their level of depression. Then the participants had to view a series of objects on a computer screen. Upon being asked if they had seen the item before, most could distinguish between old and new items. But their results were different when shown something similar to what they had seen before. They believed they had already seen it. This shows that depressed people don’t have complete amnesia. Rather, they’re just missing details.

How MDD affects your ability to learn

Research shows that depression is linked to issues with working memory. Think of working memory as short-term storage on a computer. Information stored here must eventually make it into long-term storage. This takes place in part of the brain called the hippocampus. Chronic depression causes the hippocampus to shrink. This makes it more difficult for the brain to focus and learn.

If you’re trying to learn a new skill, such as a new language, you may find it incredibly challenging. Don’t give up or stress over it. Just know that it’s a part of having MDD.

Use of medication to treat cognitive dysfunction

The good news about the link between MDD and cognitive problems is that treatment may reverse the changes. Of course, the type of treatment may play a big role in their degree of success. Treatment isn’t always successful in all people, either. Those with many years of untreated MDD are less likely to respond well to antidepressants. Senior adults may also have age-related brain changes that make treatment less successful. Late-onset major depression also makes poor response to antidepressants more likely.

Depression can impact your ability to think, but a variety of treatments may help you live a healthier, more functional life.